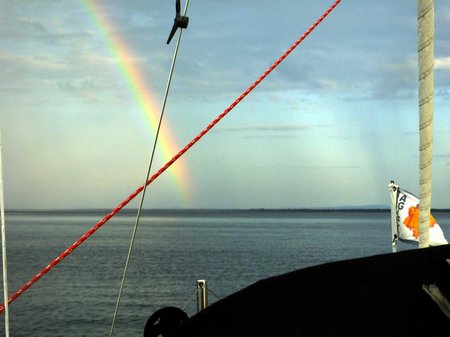 The plan is to get another early start, and I’ve got the engine started by 6am. However, when I go forward to raise the anchor, the plan falls apart. I start pulling, and when I get to the start of the chain, I can’t break it loose, no matter how hard I pull. I put the engine in gear and try to push against the direction that it set last evening, but no luck. I next try motoring in a circle, but that doesn’t work either. Then I run the rode back to the winch and try pulling with winch power, but it’s just stuck hard. My last attempt involves lowering my gaff hook with a line, with the handle looped around the anchor chain, in the hope that the gaff hook will snag the anchor’s roll bar. It’s a real long 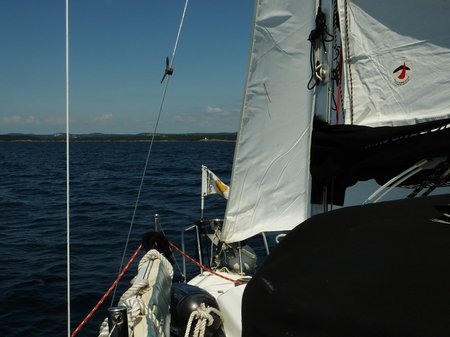 shot, and long shots rarely pay off. The anchor is probably fouled on a rock. It’s 20 feet down, and that’s beyond my diving capabilities. I’ve run out of options, so out comes the knife, and I donate anchor and chain to the Georgian Bay. For the balance of the trip I’ll be relying on my Fortress anchor, which I carry as a backup. It’s already rigged on the bow, with its own chain, so we should be ok unless I encounter another nasty rock.

It’s 7am by the time we actually get going. It’s fairly breezy to start with, and we get caught in a rain shower which wasn’t in the forecast. It doesn’t last too long, and it produces a nice rainbow. We run into the wind for the first 5 miles, but then we turn a bit to the west and gain enough angle to set both main and jib. I’m still motor sailing, but the sails help steady the boat in the rolling seas. As the time progresses, the wind eases and the seas diminish. We reach Killarney around 1:30pm and head for Pitfield General Store. They have a convenient dock, and also sell gas. This is the first gas dock I’ve stopped at where they don’t even come out to the pump. It’s strictly self service: I turn the pump on, haul the hose to the boat, fill the tanks, return the hose, shut the pump off, and then walk up and tell the clerk how much gas I took on. At most fuel docks in Ontario, they insisted that Sandy and I get off the boat, and then the attendant got on board and filled the tanks. Not how they do it in Killarney. I think we set a record here for fueling the boat, picking up some groceries, and buying ice, all in about half an hour. That’s a pit stop any Indy car driver would be proud of.

I’m pushing things a bit, since I’d like to get as far as Little Current today, and we will need to contend with a swing bridge in Little Current which only opens on the hour. Once we get underway I estimate time and distance, and conclude that we’re in good shape to make a 5pm bridge opening. That works out fine, and once we clear the bridge, we make a short run over to the Little Current Town Docks, where we take a slip. We walk up into town for a nice dinner. Afterwards we walk over to the grocery to pick up a few items the little store in Killarney didn’t have in stock. Another long day in the books. I’ll have just enough energy left to hit the showers and review charts for tomorrow’s run. I want to make another fairly long run, since the weather is supposed to be good tomorrow, but not good on Friday. I need to make miles when we can. 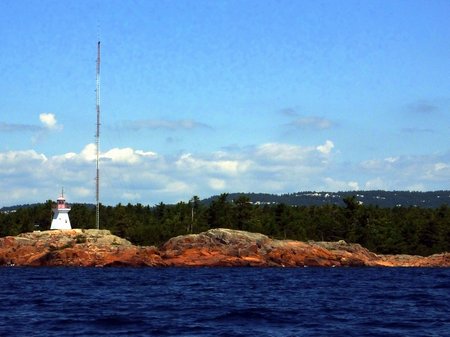 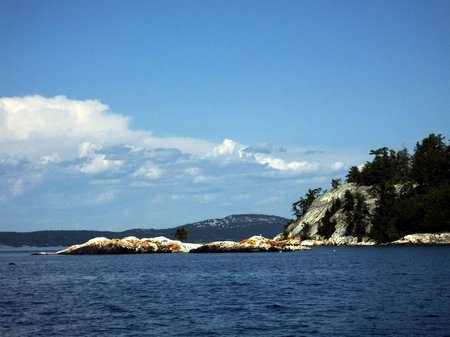 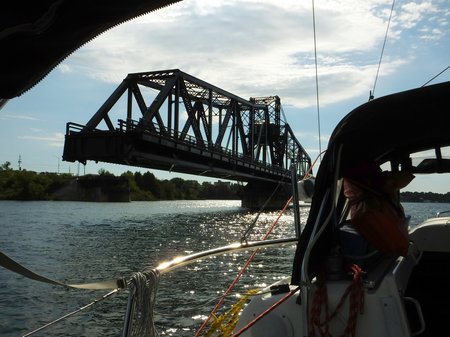