We have another full day of museum visiting planned, with the hop on/hop off bus as our transportation. We’ve decided to go separate ways. I want to see the Canadian War Museum, but Sandy is not the least bit interested in going there. We both would like to do the Canadian Museum of Nature, so our plan is this: we catch the 10am bus, I hop off at the War Museum, and Sandy continues on the bus to the Nature Museum. I’ll join her there later in the day. Since I tend to go through museums at a somewhat faster pace, it should work out ok. I’m a bit surprised at the magnitude and extent of exhibits at the War Museum. The brochure suggests allocating approximately 5 hours 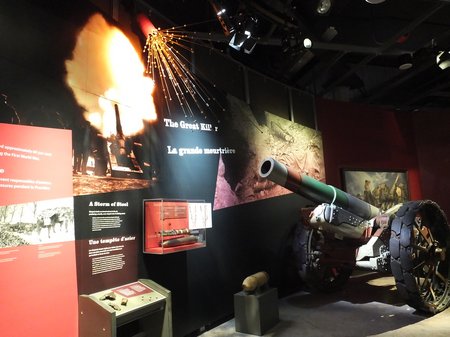 to adequately visit all the exhibits. I can only afford to spend about 3 hours there, so I try to focus on the highlights. It’s tough to do, since it’s such a fascinating place. Canada has a rich, proud, and frequently tragic history militarily, and this museum does an outstanding job telling these stories. Beginnning with aboriginal pre-history conflicts, continuing with British/French competition for supremacy, the two conflicts with our United States (Revolutionary War and War of 1812), overseas participation in the Boer War, the horrific price paid by Canadians during the first and second World Wars, and finishing up with accounts of Canada’s more recent military involvements, often in the role of extremely difficult international peacekeeping missions, this place covers them all. With just 20 minutes of time remaining, I do a quick walk through the lower level, which houses all sorts of heavy weapons, from tanks to heavy artillery, mostly from the First and Second World Wars. There’s enough military hardware down there to equip a formidable armored division or two. Around 2pm it’s time for me to head out to the bus stop, so I reluctantly disengage myself and catch my bus ride over to the Nature Museum. It takes over an hour to get there, since I have to go all the way around on the tour route, but around 3:30 I make it. By a fluky happenstance, Sandy spots 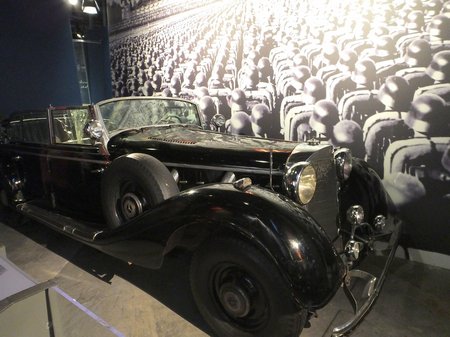 me as soon as I walk in. She’s covered about half of the museum, so I go up to the Earth Gallery and try to catch up. The Earth Gallery has features a stunnning exhibit of minerals, including some huge and colorful crystal forms. I catch up with Sandy in the Gallery of Birds, and we marvel at the beautifully taxidermied specimens. We wish we could spend a full day just in the Birds Gallery, since it does a great job of educating on how to identify different species. We have enough time to go through the Gallery of Mammals, which focuses on Canadian wildlife, and then finish up in the Gallery of Water. One item which 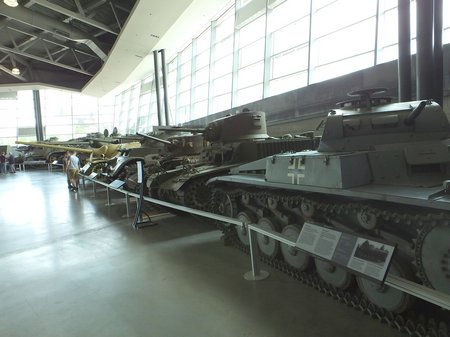 catches my eye is a chunk of crystal which has encased a bubble of water. The text says that this water has been enclosed inside this rock for half a billion years. We can see it sloshing around inside the rock with the aid of a strong back light. And they say that Perrier is fancy water. Imagine what a glass of this stuff might cost.

By 5pm we’re both very tired and ready to head back to base. We catch our bus and when we get off, decide that we’re to warm and tired to bother fixing dinner on the boat. We pop into a conveniently located Irish Pub, with good air conditioning, and enjoy a nice supper. By the time we’re finished it’s cooled off a bit outside, and we walk our meal off on the way back to the boat. 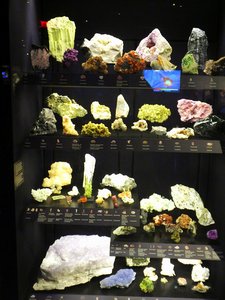 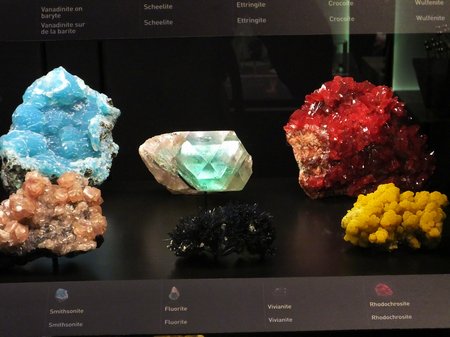 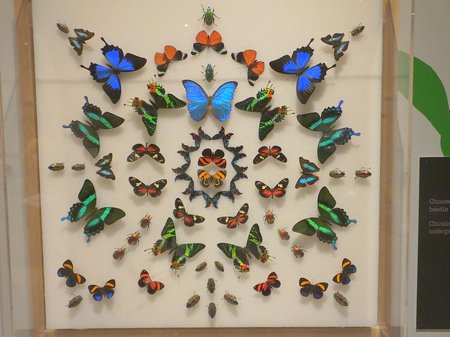 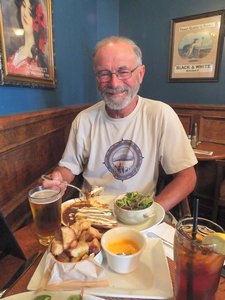