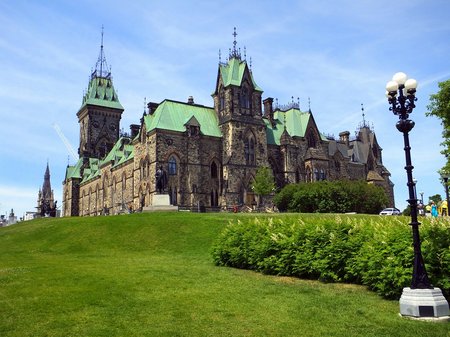 Today we begin our exploration of Ottawa, the last major city we will visit on the trip. We start off by walking over to the old Commissary Building adjacent to the stairstep locks, which now houses the Bytown Museum. This compact but excellent museum tells the story of the building of the Rideau Canal and the development of the new city which grew up at its eastern terminus. Originally named Bytown in recognition of Lt. Col. By, the British officer who supervised construction of the Rideau Canal in 1835, the City was renamed Ottawa in the mid 1800’s. Ottawa successfully lobbied to become Canada’s capitol when federation occurred in 1867. It so happens that 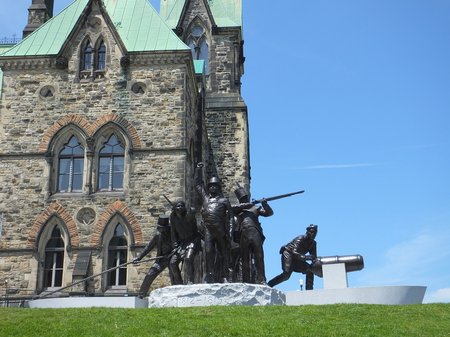 next year Canada will celebrate its 150th year as an independent country, and the signs of this upcoming anniversary are everywhere. Construction cranes dominate the skyline. Major public buildings are shrouded in scaffolding, as work is done to refresh and refurbish. New buildings are going up all over the place. I talk with one construction worker, commenting on all the work being done. He says they need to get everything done by the end of this year. Ottawa will be a busy place between now and winter shutdown.

Following our tour of the museum we grab lunch at an outdoor cafe and then walk over to a kiosk where we purchase 3 day passes for the hop on/hop off tour bus. We rode one of these in Quebec City and found them to be both informative and convenient. We have half an hour before the bus takes off, just enough time to search out an ice cream store. We decide to ride the tour route for an overview of the city. In the next couple of days we’ll use our passes as transportation to and from some major museums. Our tour narrator is interesting and humorous, speaking alternately in English and French. We see many of the major public buildings and museums, with which this City is particularly well stocked. We particularly note several foreign embassies, including the American 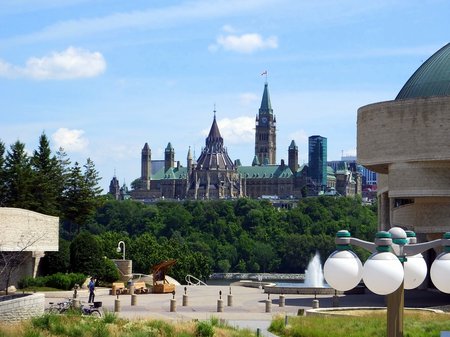 embassy, which are located along the tour route. We finally hop off in the Bymart area, which is quite close to where the boat is parked. It’s also the heart of Ottawa’s restaurant district. We walk down to a coffee house for some iced drinks, since it’s a warm afternoon and we’re both hot and thirsty following our open air double decker bus ride. We walk the streets of Bymart, casing out the restaurants and doing a bit of shopping. We find a nice, casual place for supper, and enjoy a well shaded outdoor table. After eating, we walk a few blocks over to the Metro grocery store, where we pick up a few items we’re low on, and then walk back to the boat. We’ve definitely walked off our dinner, and are glad to get off our feet. 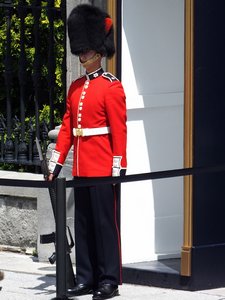 This is one of the quietest 4th of July’s we’ve ever experienced. No fireworks, no fire crackers, not even a truck with a backfiring exhaust pipe. We do get a “happy 4th of July” from a couple walking down the sidewalk next to the boat mooring wall. Our American flag on the stern of the boat identifies us as Americans. We thank them for their friendly greeting. I guess time heals many wounds. After all, the canal we’re floating was originally built as a military project, in the aftermath of the War of 1812, following the unsuccessful American effort to conquer Canada. The Canadians decided they needed a more secure supply line, further away from the American border, in case the Americans once again invaded. 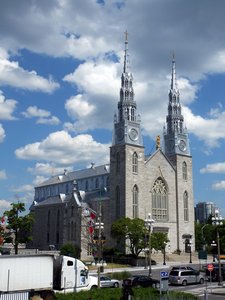 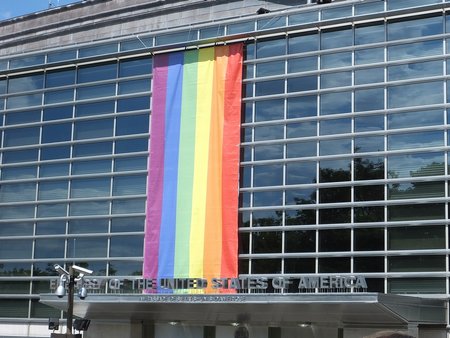