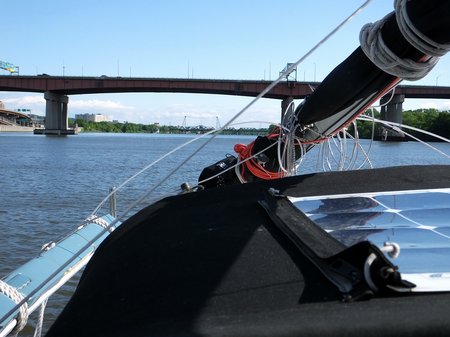 It rained a bit last night, but we have sunny skies this morning. The air is crisp and cool, just a bit breezy. First thing, I must return the rental car, and that goes smoothly. Enterprise gives me a ride back to the marina and we make ready to depart. Shortly after 9am we are, once again, underway, motoring up the Hudson past Albany, Troy, Watervliet and Waterford. We pass beneath numerous fixed highway and rail bridges, each of which reinforces the necessity of lowering our mast for this phase of the cruise. One rail bridge has only 15 feet 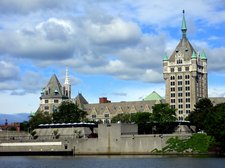 of clearance. The tip of our lowered mast, with the radio antenna rigged to a near verticle position, clears the bridge by less than 2 feet. After a few miles we enter Troy Lock on the Hudson. It’s a federal lock, and is free of charge to use. We pull up and Sandy secures a midships line around one of the vertical pipes which are installed inside shallow grooves in the lock wall. As the lock fills she inches the looped line upward, keeping the boat close to the slimy wall. At Waterford we pass the entrance to the Erie Canal, where our Macgregor friends turned west. We continue heading up the Hudson, approaching Lock Number 1 of the New York Champlain Lock system. This lock is set up in the same fashion as Troy Lock, but this time we try holding onto one of the many lines. The lines are slimy and almost too thick for the size of cleat on our boat. When we reach the top of the chamber the lockmaster walks over to check and date our 2 day canal pass. He says that since it’s noon, he’ll give us an extra day, which is really nice. Once the lock gates open we shove off and continue up the Hudson. The country along the river is lovely, lush forest covers the rolling hills and the occasional cleared field expanding our view. We reach Lock No. 2 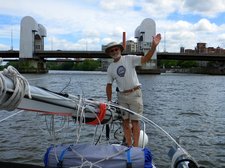 just below Mechanicville and this time pull up to one of the safety ladders which descend into the lock chamber. Sandy grabs onto the ladder with our boat hook and I hold one of the lock lines. We like this technique, and use it in Locks 3,4, and 5. Some locks are only 15 minutes of run time apart, but we go for 90 minutes before reaching Lock No. 5. Along the way we pass by the Saratoga Battlefield National Monument. From the river we can just barely see a few cannons emplaced on the crest of a hill. On this ground in 1777 the Continental Army, under command of General Horatio Gates, defeated and captured an invading British army led by General Burgoyne. The real hero of this pivotal battle was Benedict Arnold who, although temporarily relieved of his command due to a disagreement with Gates, nonetheless rushed from his tent to the sound of the guns and led a counterattack at the critical moment in the battle.

Arnold suffered a severe wound in the action, but his appearance on the battlefield at the key moment made all the difference. Saratoga is considered by many historians to be the most significant American victory during the Revolutionary War, since this victory persuaded France to enter the war on the American side, thus setting the stage for ultimate victory at Yorktown.

It’s 4:30 by the time we clear Lock No. 5, so we decide to hold up for the night at the free floating dock located just above the lock. After tying up we decide we have time to go for a nice walk along the canal bank trail. We cross the river on the narrow walkway which runs along the top of the lock gates and continue south, with the Hudson River on our left and a section of the old Champlain Canal on our left. Lovely homes sit on either side of the old tow path we’re walking along. It’s a great place to look for birds, and we get good looks at a new woodpecker and flycatcher. On our return walk we visit with an interesting fellow who lives here, along the towpath. After learning about how we got here, he invites us down to his large motor yacht, which is docked on the river, so he can show us some cool places to visit when we reach Lake Champlain. We swap stories for the better part of an hour, before resuming our walk back to the boat. It’s turning windy and chilly. I fire up the barbque and grill some tasty hamburgers, which we eat in the comfort of our snug little cabin. 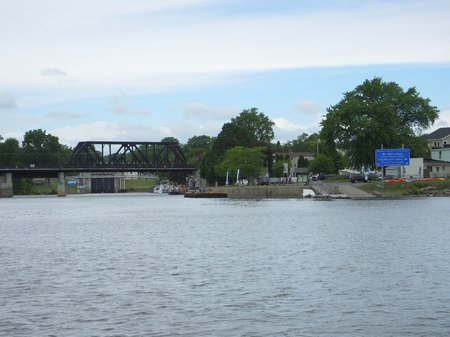 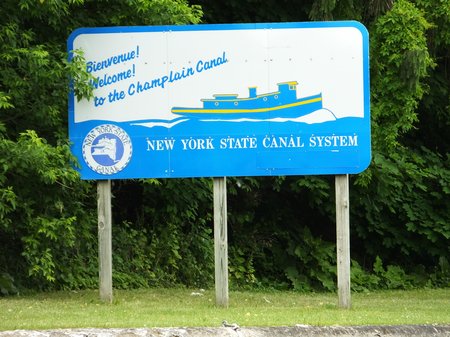 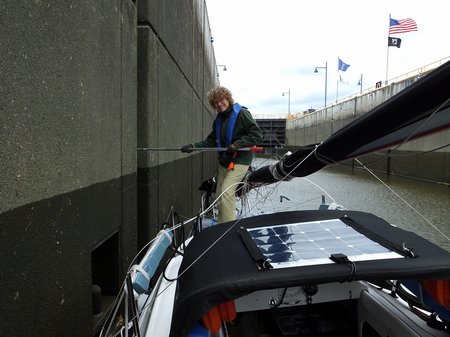 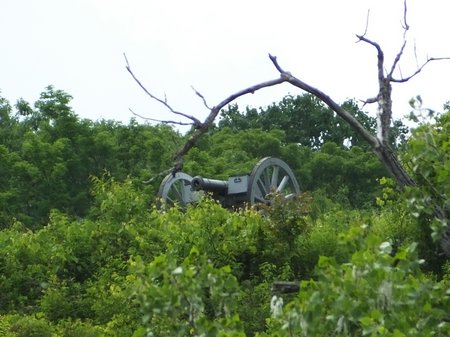 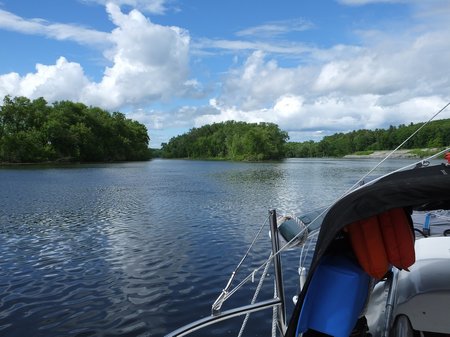 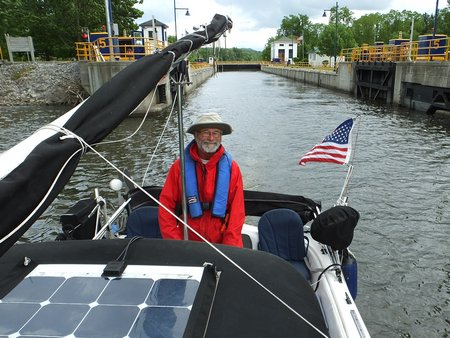 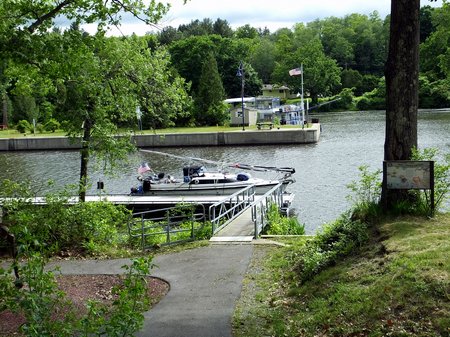 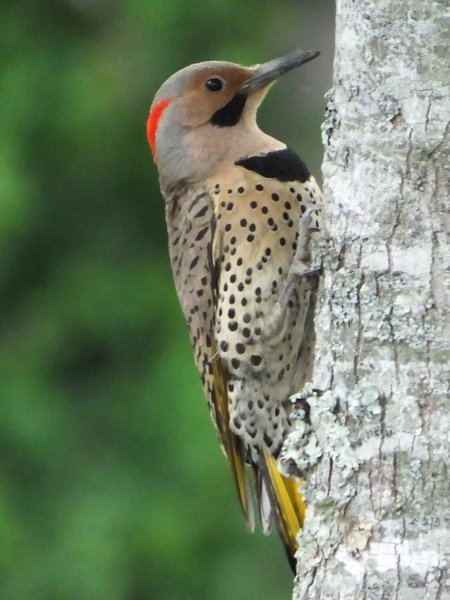 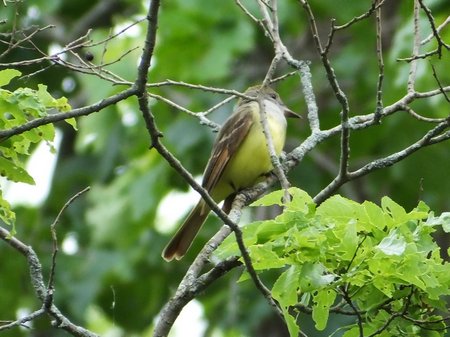