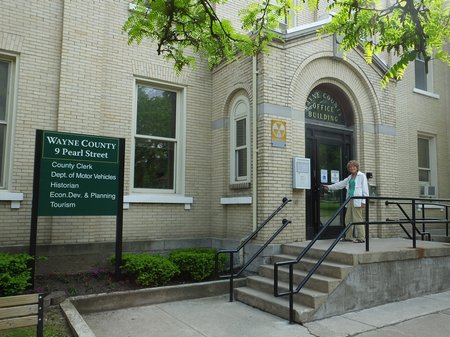 We began this past week by saying goodbye to our friends Rich and Jill; Lee and Becky, helping them with their bow lines and waving to them as they pulled away from the dock last Thursday morning, on their way to the Erie Canal. We started a journey of a different kind that morning, a journey into the past. I picked up a rental car from Enterprise and we drove west, through the Mohawk Valley and catching glimpses of the Erie Canal along the way. Our destination was the courthouse in Lyon, county seat for Wayne County, where we hoped to locate records mentioning Sandy’s ancestors. She knew from her research that her great, great, great, great grandfather Jesse Mead had moved from western Massachusetts to Wayne County in 1824, where he and his family took up farming on land adjacent to the old Erie Canal. We hit paydirt, locating and photocopying more than 10 property deeds reflecting land which Jesse’s son David purchased there. 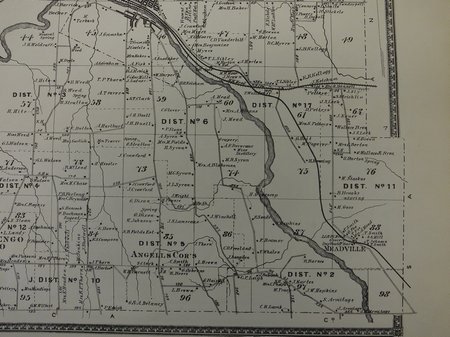 We also found cemetery records and information on a long defunct hamlet named Meadville, where her ancestors farmed. We visited a cemetery where some of her ancestors are buried, and we drove out to the site of old Meadville, which is located on either side of the original Erie Canal. We could see where the old canal actually ran, now just a long, shallow depression in the land, grown in with weeds and brush. We stayed in the area for 2 nights, at a lovely bed and breakfast a couple miles out of town. This place, called Peppermint Cottage, is the home of Mark and Diane, and we thoroughly enjoyed our stay with them. Their home was originally a schoolhouse, and part of the structure dates back to 1831. It served as a school until 1947. Mark and Diane have done wonderful things with the place, and it perfectly fits into its forested hillside setting. The interior is warmly and tastefully decorated, with numerous connections with the home’s schoolroom past, and we delighted in Diane’s breakfast preparations, which included stuffed french toast one morning and a fabulous omelet the next. On the day we left, on Mark’s recommendation, we stopped in town at the Hotchkiss Peppermint museum, and went on a fascinating guided tour of the 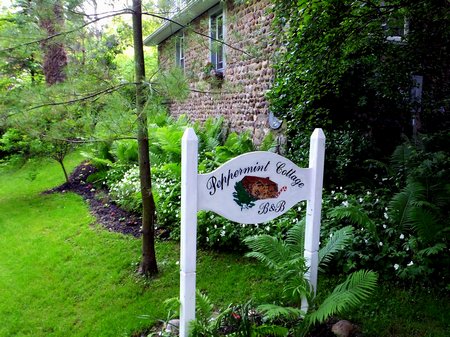 building. We learned that Lyon was once the location of a renowned peppermint factory, which produced peppermint oil known world wide for its quality. Many farmers in the vicinity grew mint and delivered it to the factory which was located right adjacent to the Erie Canal, and the final product was shipped via canal to New York City and the rest of the world, winning many awards for excellence. We couldn’t help but wonder if Sandy’s ancestors grew mint for this factory.

On Saturday we drove back, spent a night on the boat, and then drove out to the countryside just east of Troy, where we dropped in to visit a former high school classmate of mine, who I hadn’t seen in more than 50 years. We had been closely connected in high school, since his 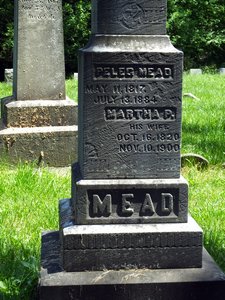 grandma lived right next door to our house and we would see Kevin and his family when they came to visit his grandmother. We had a lovely visit with him and his wife, who live on 10 beautiful rural acres, in a home which dates back to the 1700’s. They’re fascinating people and the time passed way too quickly as we rushed to learn about what had happened in each others’ lives over the past 50 years.

We left Kevin’s house on Monday morning and drove southeast, further back into the past, crossing the border into a remote corner of western Massachusetts. It was close to frontier country in the mid 1700’s, when Sandy’s great 4X grandfather Jesse and his father Daniel moved there from Connecticut, and that feeling of remoteness lingers to this day. The country is hilly, even mountainous, and the roads are narrow and winding, thickly forested and poorly signed. Our GPS worked only part of the time, so we resorted to stopping and asking for directions as we made our way to the little town of Mt. Washington. This place is so small that about the only buildings there are the Town Hall and a rural church. The Town Hall is only open 3 days a week, but we were in luck, and arrived to find it open. In response to our inquiries, the Town Clerk pulled out a key and opened the massive doors of their safe, and allowed us to open and examine original proprietor books and other documents which date back to before the Revolution. We found amazing things there. One entry in the proprietor’s book described the pattern of ear notches which were unique to cattle owned by Jesse Mead. We then drove to the nearby town of Great Barrington, where we commenced a search of property records relating to the Mead family. Once again we found a dozen or more quit claim deeds, warrantee deeds and other property related documents dealing with real estate transactions involving Sandy’s ancestors. We even saw an original mortgage with Jesse’s signature on it. We saw where they sold out, just prior to their move to Wayne County. Those early Meads were certainly active when it came to buying and selling farmland, and it’s interesting to consider that this habit which Sandy’s father also shared.

On Tuesday morning it was time to head back to Albany Yacht Club and prepare the boat for the next leg of our journey. We stopped at Walmart for provisions, refilled prescriptions (another painful ordeal, but I’ll spare you the details), and lowered the mast on the boat so we can move upriver under the many non opening fixed bridges ahead of us on the Hudson River and Champlain Canal. It feels odd to be exclusively a power boat once again, with the dinghy stowed on the foredeck, but traveling in this fashion is necessary for boats cruising the Great Loop. 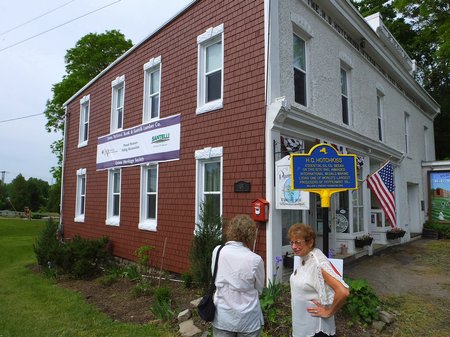 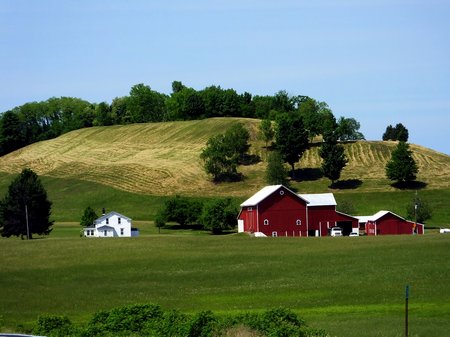 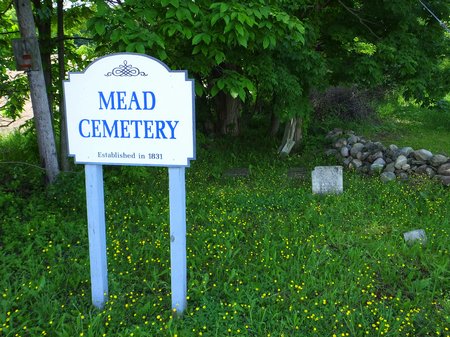 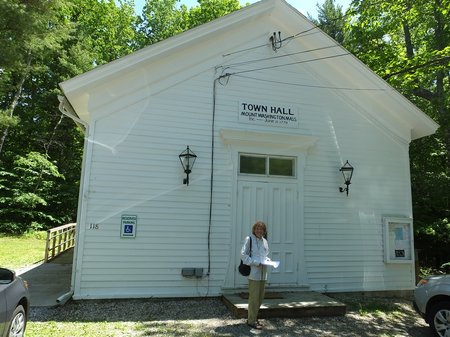 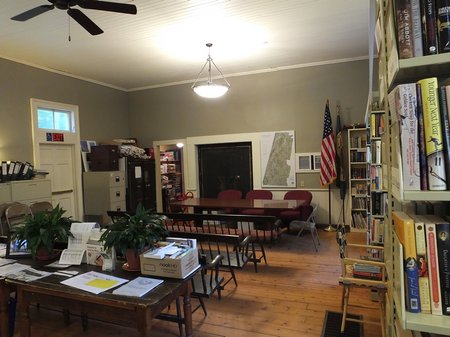 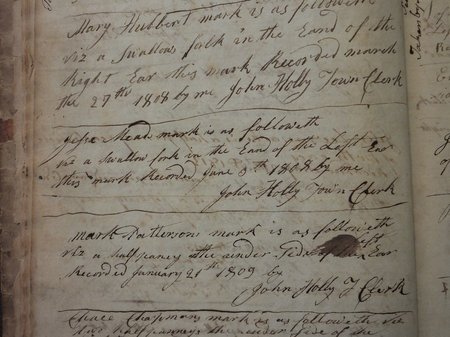 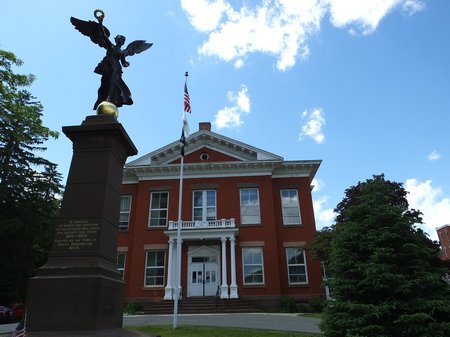 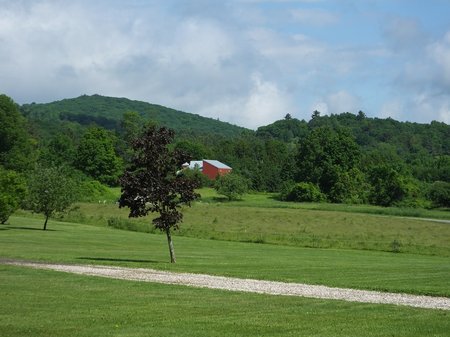