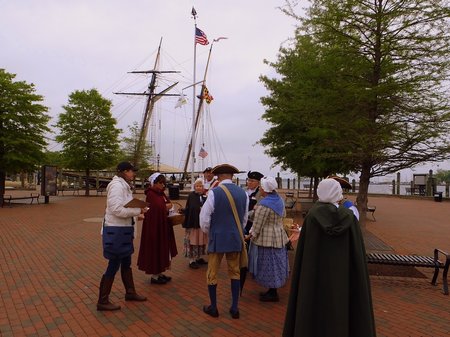 Today we’re heading out on a guided walking tour of Annapolis. We gather with 4 other people at the visitor center and meet our guide, Squire Don. He’s appropriately dressed in Colonial Era garb, and he proves to be an excellent interpreter of the history of Annapolis. He’s a retired attorney and has been leading groups on tours for the past 18 years. He gives us a brief but informative history of settlement in Annapolis, with an emphasis on the role which religion and politics played in the early history here. We walk over to the State House, and are shown the inside of this remarkable structure. In the main lobby, directly beneath the dome, a glass case holds a remarkable document. It’s George Washington’s handwritten speech with which he resigned his commission following the end of the Revolution. It’s 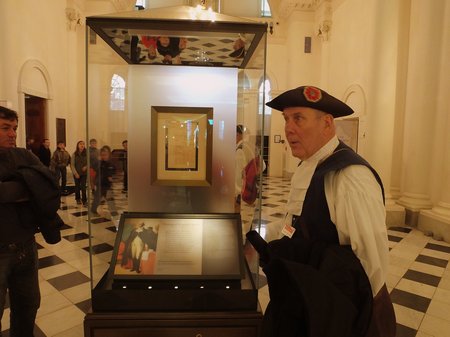 written in his own hand, an incredibly significant artifact. The old House of Delegates chamber has been restored to it’s appearance in the late 1800’s, while the old Senate chamber has recently been restored to its appearance when Washington appeared there to resign his commission. The State of Maryland went to great lengths to achieve the highest degree of accuracy in this restoration. $300,000 was spent on the floor alone, using timbers from 18th Century lumber and employing only tools and techniques from that period. A life sized statue of Washington has been placed in the chamber, at the presumed location where he delivered this address. The walls are decorated with portraits of many people who were present to hear him speak. Up in the gallery balcony a statue of a woman has been placed. Women in Washington’s day weren’t permitted to be on the Senate floor, and were required to watch from the balcony. Molly Ridout was there that day, and wrote down a detailed description of the occasion in a letter to her mother. This letter is our only first hand account of this historic event.

After leaving the State House we follow Squire Don eastward, listening to stories about some of the more significant 18th Century houses which are so heavily concentrated in this part of town. We end up at the entry gate to the U.S. Naval Academy. Photo ID is required at the gate, and it turns out that Washington State is one of only 5 states where drivers licenses are not acceptable as photo ID. Fortunately, we all have our passports on hand, and so are able to gain admittance to the grounds of the Naval Academy. The Academy was founded in 1845, and it’s a beautiful campus, steeped in history and tradition. We visit the Chapel, actually a very large house 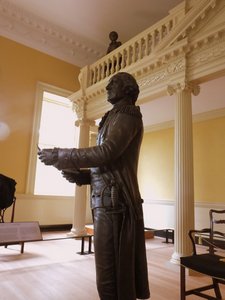 of worship, topped by a great copper dome which can be seen from well out on the Bay. The main sanctuary is illuminated with beautiful stained glass windows, each based on a biblical text relating to the sea. Four of the windows were done by the famed Tiffany Company. We are led down to the basement, where the body of John Paul Jones, father of the American Navy, lies within a highly ornate crypt. On our way to the great dormatory, Bancroft Hall, which houses all 4,500 plebes and midshipmen. Our final stop is at Memorial Hall, dedicated to all Academy graduates who have given their lives in service to their country.

By time our tour ends our feet are sore and our stomachs are empty. We walk over to the Rams Head Tavern for lunch. Afterward, we go our separate ways. I head for the barbershop, where I get a much needed haircut. Peter and Mary Ann go on a tour of the Hammond-Harwood House. After my haircut I walk down Maryland Street to meet up with them and while waiting for them, I strike up conversation with a lady from the Chase-Lloyd House. She invites me in for a free tour. This 18th century house has been used as a residence throughout its history, and it continues in that role to this day, providing housing for 8 elderly ladies who have suffered misfortune of some sort in their lives. This mission was provided for in the will of a former owner.

After all this touring, we’ve all reached the saturation point for historical buildings, so we head for a nearby tavern (dating to 1750) where we relax over a couple of beers and a tub full of steamed mussels. We return to the boat, and find the water level in the marina at an extremely high level. It’s actually flooding into a nearby parking lot. This condition is caused by unusually high tides, compounded by prevailing winds which are piling up the water in this part of the Bay. No worries for us. Hey, we’re on a boat. 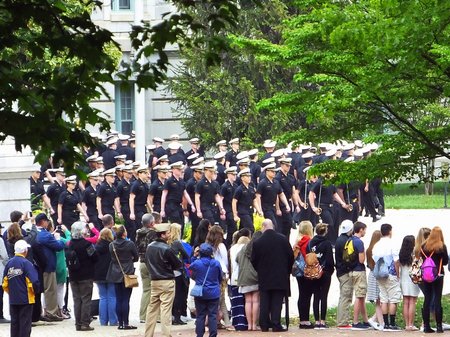 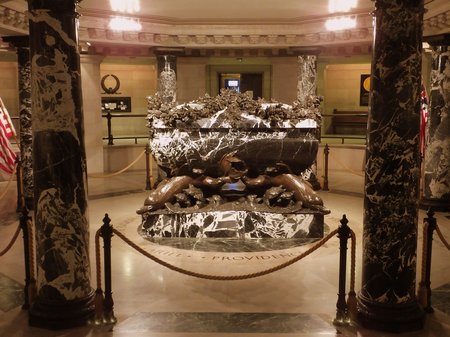 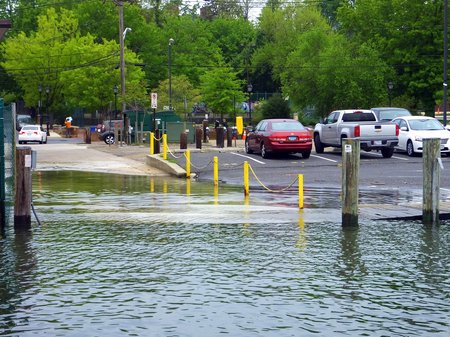 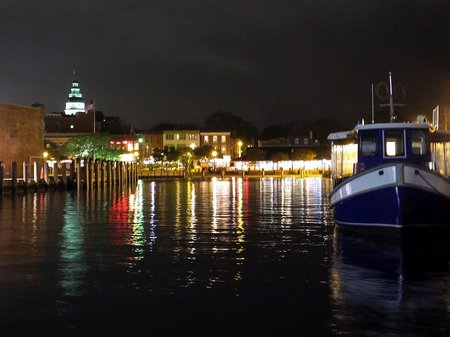