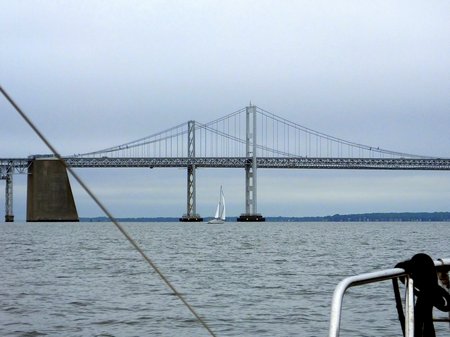 Today we depart the Eastern Shore, under gray skies and a moderate breeze, which helps us off the dock. We opt to take the long way, through Kent Narrows, since it looks to be the more interesting route. We adjust speed so that we’ll make the 9am bridge opening. Things work out perfectly, and we proceed through the narrow bascule bridge opening with just a slight lowering of speed. The route then takes us around the north end of Kent Island at Love Point, where we turn south toward the Chesapeake Bay Bridge, a high span which is the only bridge which crosses the Bay between here and the Bay’s mouth. Once under the bridge, we set a waypoint for Annapolis, which we 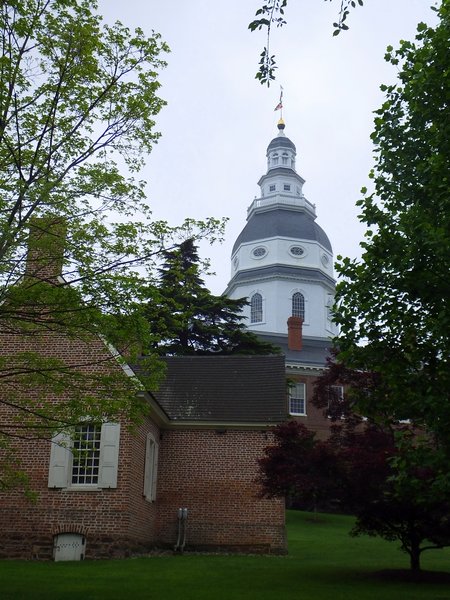 reach by noon. I phone the Annapolis City Marina for instructions on entry. When we visited Annapolis by boat in September, 2009 the entire marina was full, and only 3 mooring balls above the bascule bridge remained. Today the City slips in the inner basin are completely vacant, except for the water taxi boat. The harbormaster and his assistant are at the dock to help us in, and they seem really glad to see us. I end up backing into the slip, since the finger dock is quite short and backing in will make it easier for us to step on and off the boat.

After securing the boat and getting signed in we set out on a walk into the historic core of Annapolis. We head for a local tavern where we order lunch. Soft shell crab from North Carolina is on the menu (today is the first day it’s being offered), so I order a soft shell crab sandwich. It’s good, but still pretty strange, chomping into a batter fried crab, soft shell and all. After lunch we walk up town, through some lovely Colonial era streets. We turn toward the Maryland State House, which claims a number of distinctions. It is the oldest state house in the nation, the largest wooden domed structure in the country, the site of the nation’s capitol for 9 months, and the location where General Washington resigned his Continental Army commission at the conclusion of the Revolutionary War. On top of all that, it is a truly lovely structure, sited on top of the highest hill in Annapolis. We walk the streets, eventually arriving at the visitor center, where we arrange to take a guided walking tour of the city tomorrow. We are pointed toward visiting the William Paca house and garden, which turns out to be an excellent suggestion. Mr. Paca built and lived in this home for around 12 years, following its construction in 1765. Paca was one of 4 Maryland signers of the Declaration of Independence, and his home has survived to this day, now restored to how it must have appeared in his day. A lovely recreated 18th century garden lies behind the home. We look forward to seeing more of the historic sites of this city on tomorrow’s walk.

On the way back to the boat we walk over to the waterfront, where the replica Baltimore Clipper schooner Lynx is tied up. The original clipper fought in the War of 1812 and was captured by the British. I learn that this vessel spends her winters at Fort Myers Beach, and I recall that we saw here when we visited there back in early December. She will soon be departing for Nantucket where she’ll spend much of the summer taking young people out on cruises. 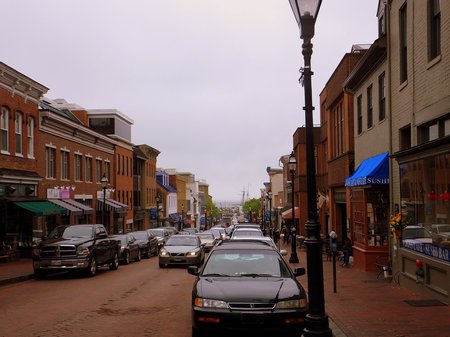 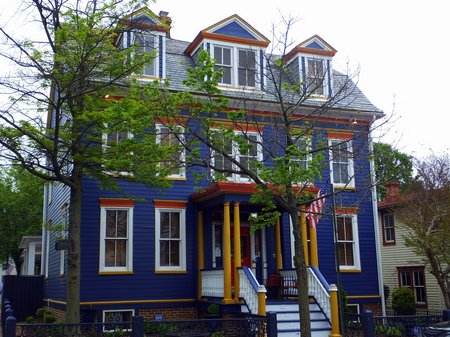 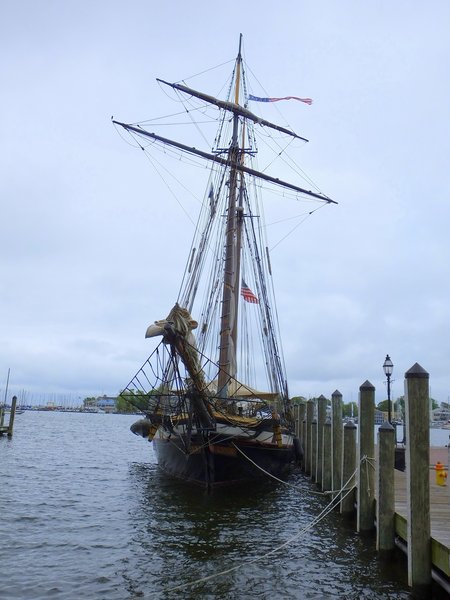