First of All – [NOTE: THIS POST PUBLISHED OUT OF ORDER] 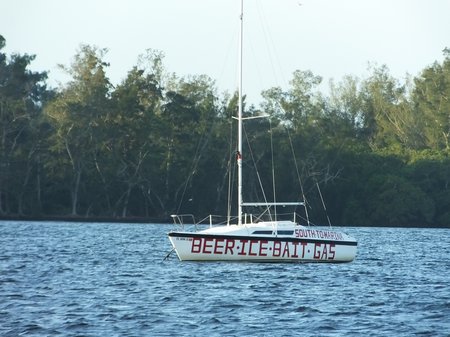 It’s breezy and bouncy all night, and I rise to a very choppy bay. We aren’t swaying back and forth too much. Perhaps the trailing dinghy is helping to stabilize us. I want to get going early, so we can arrive in Sarasota before noon. That will give us time to do some sightseeing in the afternoon. I raise the anchor and head out at 7:15am. Coffee is in my insulated mug, but breakfast will wait until we’re out in the channel. We pass by a small sailboat, anchored near the edge of the channel. The hull looks strange, and when I put the binoculars on it, I see the words “Beer, Ice, Bait, Gas”, and over toward shore I see the dock which presumably carries these items. This is the first time I’ve seen a boat being used as a floating billboard.

We’re able to motor sail for an hour or so, but then the marked channel turns toward the wind, and I’m forced to roll up the genoa. We must 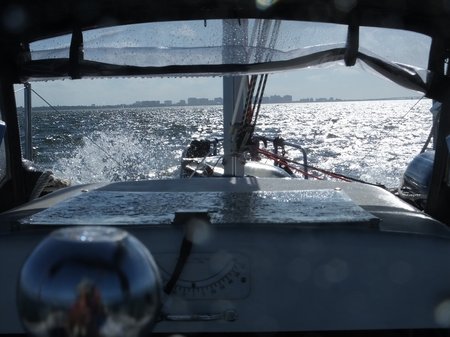 clear two bascule bridges on today’s run. They’re fairly close together, and they open every 20 minutes. I time our arrival at the first one well, and then have to accelerate a bit to reach the second one, the Cortes Bridge, in time. Once clear of the second bridge, we enter the broad expanse of Sarasota Bay. The wind has stiffened, and the bay’s surface is quite choppy, with whitecaps breaking all over the place. We’re bouncing pretty good, with spray blowing back into my face on a regular basis. I’m concerned about the hull seam on the starbard side, which soaked the sleeping bag last time we pounded heavy seas. The seas are not as large, and we’re dealing with spray instead of green seas, so I hope for the best. Around 11:30 we reach downtown Sarasota, and I pull up to the Marina Jack fuel dock. I fill the gas tank, and then register in the marina office for a night’s stay. The rate here is $2.60/foot, the 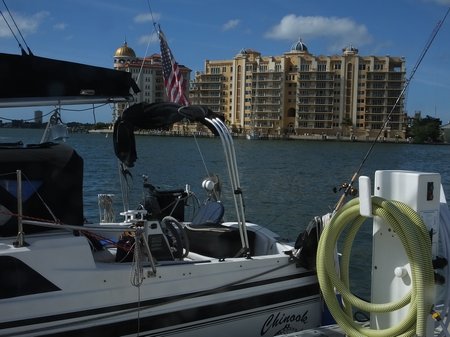 highest we’ve yet paid, but the downtown location, plus amenities such as a courtesy car and a free area shuttle, make it seem worth it. Also, the marina is very well protected, while the mooring field just outside the marina is really rocking and rolling. We have lunch on board, and then walk up to catch the shuttle. We’re heading over to the Ringling Circus Museum, which is supposed to be really special. John Ringling, of Ringling Brothers Circus fame, bought property here in Sarasota in the early 1900’s, and built a magnificent waterfront mansion. He also made Sarasota the winter home for his circus. Ringling was an avid collector of fine art, and he assembled a great collection of European art, including many works from the Italian Renaissance. In addition to his mansion, he built a gallery for his art. He willed the entire property, including all the art, to the State of Florida back in 1936. The Ringling Circus Museum is also located here. We visit the circus museum first, and it instantly becomes a trip highlight for us. One of the main attractions is a scale model replica of the circus, including circus train and virtually 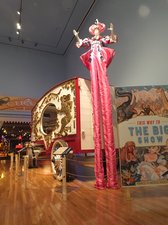 everything associated with the setup, presentation, and take down of “The Greatest Show On Earth”, in the days of the Big Top, back in the 1920’s and 30’s. The detail in this model is amazing, and the whole thing occupies an entire first floor wing of the museum. Other rooms display historic circus wagons, a calliope, video and audio clips, and exhibits related to virtually every aspect of the circus. We were particularly pleased to run across a story board talking about the Wenatchee Youth Circus, which is a well known institution from back where we live. After going through the circus museum we took a short trolley ride over to the art museum. Paintings from the fourteenth century up to modern times are displayed in more than 20 galleries. It’s really quite overwhelming. We wish we’d had more time. We never get over to see the Ringling mansion. We simply run out of time. The shuttle picks us up right on time and returns us to the marina. We fix a tasty dinner of left overs from last night’s fajitas and eat in the cockpit. It’s quiet and peaceful here. We’ll grab showers this evening, and then decide whether to stay an extra day here or not. There’s plenty more to see and do here in Sarasota, and there’s a good chance of rain and wind tomorrow. We shall see. 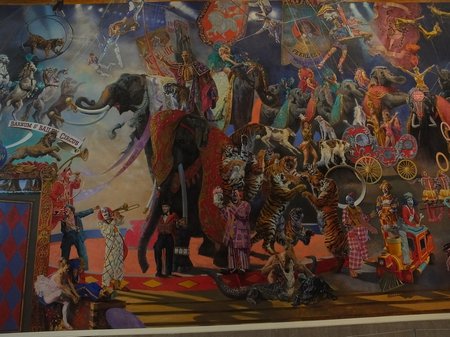 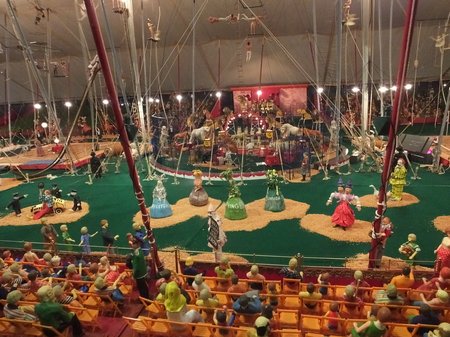 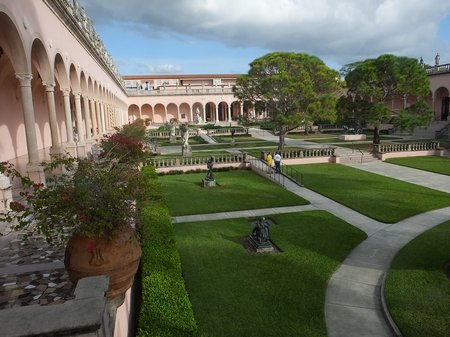 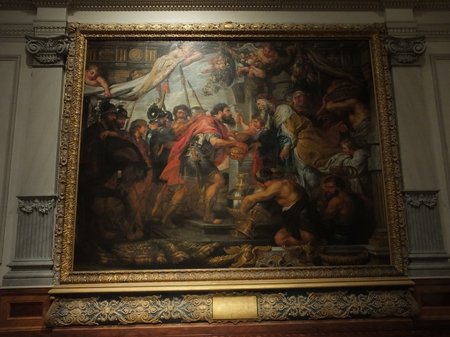