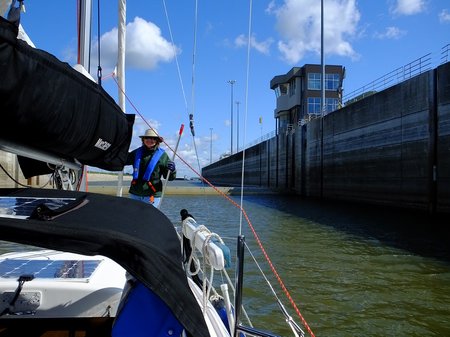 Ever since I first started dreaming about this trip, I imagined how great it would be to hoist sails and glide under wind power down the mighty Mississippi. Today we have that chance. We have a modest distance to go, just 40+ miles down to Hoppies, which is a must stop for fuel and local knowledge. The forecast is ideal, with 10 to 12 mph wind out of the northwest. I’m up at 6 and away from the Alton Marina dock by 7. My intention of letting Sandy sleep in is thwarted once I enter the river and see how close we are to the Mel Price Lock. I inform Sandy that she’ll need to be on deck for locking duty, and then call the lock. The lockmaster says she’s got a whole bunch of other pleasure craft (they end up being 8 fishing boats) standing by to lock through, and she says as soon as she clears the auxilliary chamber she’ll take us down. We circle around for about 40 minutes until we get the green light. I attempt an approach to a floating bollard, however with an 8 mph tailwind pushing us down the lock, this proves difficult. I scrape the danforth anchor stock, which hangs from a bracket on the bow pulpit, before being told we could just float the lock down, if we wish. I definitely wish. It’s easy maintaining position in the cavernous lock chamber, which is empty except for us and the small fleet of bass boats. We escape the lock with just a bent anchor stock, which can easily be straightened at a later date.

After exiting the lock, I raise the main and jib and motor sail down toward the Chain of Rocks canal and lock. As we near the canal we 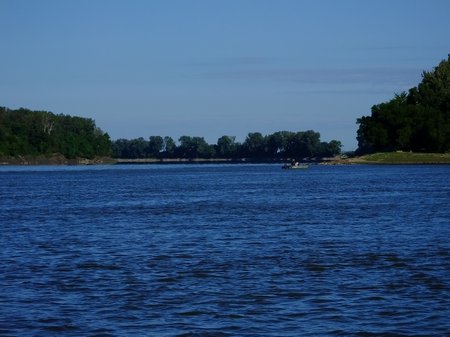 pass the mouth of the Missouri River, which played such a pivotal role in the exploration and development of the West. A few miles further down, we near the entrance to Chain of Rocks Canal. The main river is blocked by a dam a short distance downstream, and cannot be navigated. A large sign directs all boat traffic to bear left and enter the canal. As I approach I see a towboat with lengthy barge train exiting the canal. I identify him on my AIS and radio him, clarifying how he’d like me to pass. I keep the sails up as we cruise down the canal, but furl the genoa as we approach a towboat with barges. I need the visibility and control 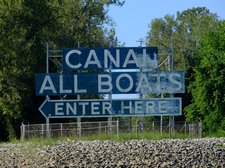 while passing him. We end up with a short wait at the Chain of Rocks Lock N0. 27, while a tow struggles to line up in the main lock chamber. Once he’s in, the lockmaster directs us to the auxilliary chamber, and we lock down all by ourselves, again floating through. Exiting this lock, we find ourselves just a couple miles above downtown St. Louis. We can see the tall downtown buildings, and the famed Gateway Arch soon comes into view. I hurry to rig my GoPro camera to the end of our boat hook, as I want to try taking a picture of our boat in front of the Arch. I’m not that familiar with the camera yet, and I struggle to get it linked to my cell phone and properly aimed. With Sandy at the helm, I finally get things set, and just in time. I hope I’m actually getting pictures. I’m not sure they’ll be any good (the super wide angle lens bends our boat into a dory or drift boat type of shape), but I figure it’s worth a try. I also snap a few pictures with our regular camera as we pass by the Arch. 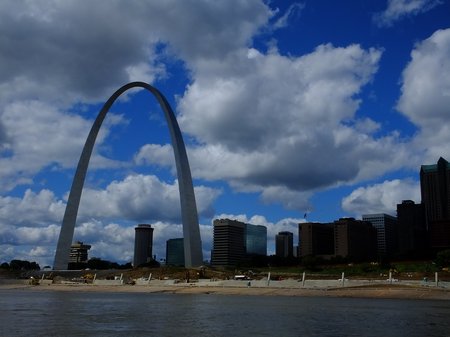 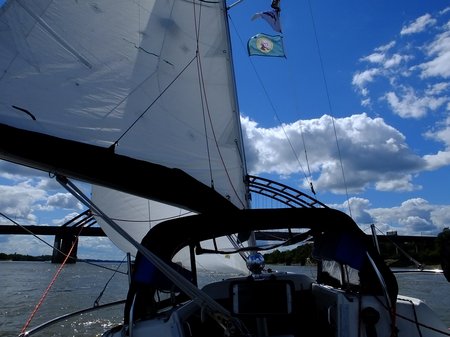 As we proceed downriver, Sandy sets out lunch which for me is a great tortilla wrap with the leftovers of last night’s chicken dinner. Yum. After lunch, the wind looks favorable for some sailing. I raise both sails and ease back the throttle until I’m at idle speed with the motor, and still cruising at 7.5mph. That’s more than good enough for me, so I shut down the engine, raise it out of the water and sail along down the Mississippi. At one point I find myself alongside a towboat who’s pushing 15 barges loaded with coal. We’re neck and neck for a good long while, and I finally radio him, saying it looks like we’re having a race. He agrees. The contest can’t last long however, and as my wind eases off, he powers on. We sail until within 5 miles of Hoppies, with the wind sneaking up toward our nose. The added pressure on the jib sheet proves too much for my fancy EZcleat (the only one left after the other got launched into Lake Michigan a couple weeks back). This time the sheet simply pops free of the jam cleat, resulting in temporary chaos, with the genoa flapping wildly until I can sheet it back in. After this happens a second time I furl the genoa and resolve to retire the EZ cleat and go back to my tried and true turning block and winch setup. 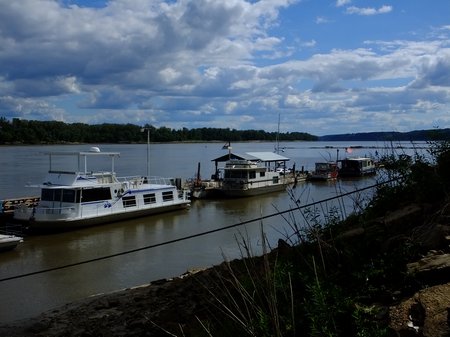 Around 3pm we tie up at Hoppies. Charlie and Fern’s daughter Debbie is there to take our lines, assist us in getting secured, and pump 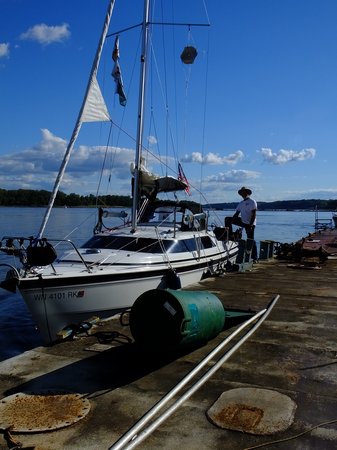 gas. Hoppies is the only marina/fuel dock on the Mississippi between St. Louis and New Orleans, and therefore a must stop for Loop cruisers. The marina is located on a series of barges which are held to the bank by heavy cables. I transfer gas to the main tank I’ve used for today’s run, and end up only needing 3.1 gallons. I estimate getting about 10 mpg while motoring and motorsailing today. After fueling up, we walk a short distance into the historic town of Kimmswick, second oldest town in Missouri. The old buildings are interesting, however, they all house typical tourist town shops and businesses. We do find a restaurant with a wonderful dessert and pastry counter, and we grab goodies for dessert tonight.

Back at the dock, Debbie gives me and another Looper, who is also on a small sailboat, some helpful tips on cruising the Mississippi and Ohio Rivers as far as the Tennessee and Cumberland confluences. It sounds like this next stretch will be one of the more challenging of our trip. It’s 250 miles to the next fuel dock, which means we’ll need to average 6.5 mpg to avoid running out of fuel. The Mississippi’s current will help but once we hit the Ohio we’ll be going upstream. Finding safe places to stop for the night is another big challenge, with fluctuating river levels, weirs and wing dams, and barge wakes all posing challenges, in addition to the usual issues of wind, wave protection, and bottom holding conditions. Then to top things off, the Ohio River locks sound like they’re a mess. The Olmstead Lock has supposedly been under construction for almost 20 years and still isn’t finished. We’ll have to weave through a major construction zone. And Lock 52 got hit by a barge a while back, putting the main chamber out of commission and forcing all traffic through the auxilliary chamber. This has created major backlogs. We’ll just have to hope for the best and do our best. 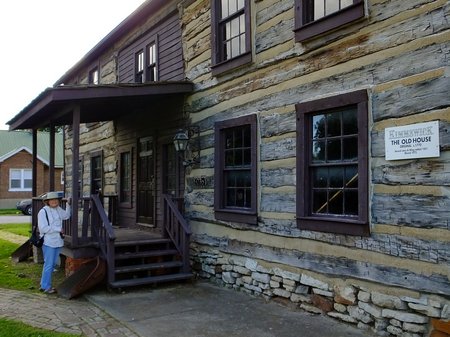 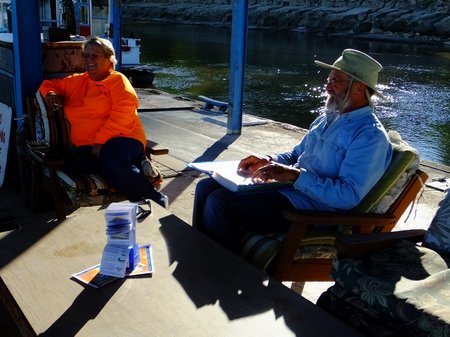