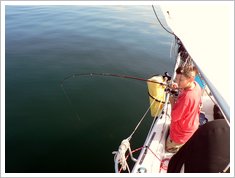 We had a short run today, across Trincomali Channel to Ganges Marina. I raised anchor on a dead calm bay at 8am and we glided out into the channel which leads past Montague Harbor and out into Trincomali Channel. As we started across, a light breeze out of the south prompted me to raise sails. We would be on a reach, and I hoped to achieve a modest speed even in light air. At first it worked, and we clipped along at the rousing speed of 2.5 knots. For something to do I grabbed the fishing pole and decided to drag a lure. As we neared the western edge of the channel the breeze began to fail. Right then the spinning reel began to buzz. Fish on! I handed the rod to Cameron, and be commenced to reel the fish up. By the way it pulled, I feared we had another dogfish on the line, however, when the fish emerged from the depths, we were pleased to see that it was a nice sized quillback rockfish, about one pound in weight. Cameron was thrilled to have hooked a fish which we could keep and eat. I landed it with my folding net, and dispatched the fish with some squirts of denatured alcohol in the gills. I filleted the fish right on the spot, and in a few minutes, the fillets were in the frig, and the remains were drifting back down to feed the crabs. The fish was a nice and unexpected bonus, and was the first fish Cameron had caught which he could keep and eat. 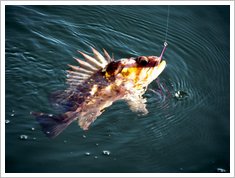 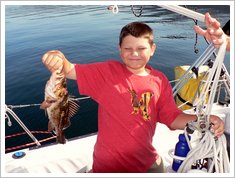 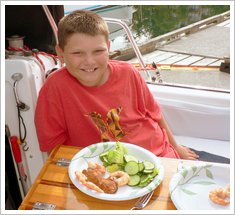 We got into Ganges around 10:30am, with lots of day to look around. After securing the boat and registering with the Marina, we walked up into town. The first order of business was lunch. We had pizza at a nice outdoor table, overlooking the harbor. We spend the afternoon poking into shops and stores. Cameron picked out a couple of Hardy Boys mystery books to read during the flight home. Following an obligatory ice cream stop, we popped into the local grocery for a few items on Sandy’s list, and followed that with a visit to the fresh seafood shop, where we picked up some prawns to augment our rockfish fillets. Then it was back to the boat and some relaxation. Cameron spent his time out on the bow of the boat whittling on his bow and arrows. 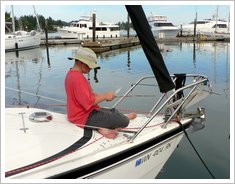 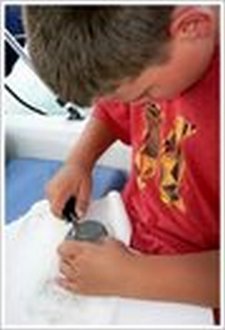 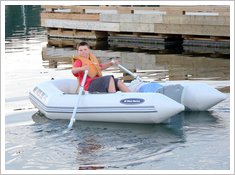 After dinner, Cameron decided to give dinghy rowing another try. The air was calm in the marina, and we had a nice open fairway out from our dock. Cameron took to rowing across and back. He was really getting the hang of rowing. He really struggled with rowing the first time he tried, but he’s learned quickly, and has good control of the oars now. He’s really been opening up with us of late. Last evening, while talking with Sandy, he told her that he really missed his mom and sister, but that he also was feeling sat that our sailing trip was nearing its end. He asked Sandy if it was ok to feel that way. It’s such a treat to see how big a heart he has, and to see him share his personal feelings with us.