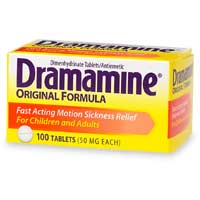 Left the marina at 4:20 am. Forecast: moderate wind with seas 1 to 2 meters. Gale warnings for the next day. I decided to cross Queen Charolette Strait, and duck in to one of several available anchorages if things started looking bad. The crossing (about 18 nm) went fine, and I ran at 7 knots (3000 rpm). Raining off and on. Upon entering Queen Charolette Sound proper, the seas were substantial, so we filled the water ballast tank and proceeded. Almost no wind, so just the seas to contend with. They made for a very rough ride. Sandy felt poorly, even with Dramamine, and found that laying down in the cockpit worked best. Roughest seas were encountered off the mouth of Slingby Channel, with swells of 6 feet, occasionally higher. At the start of the rough water we got a scare when an engine alarm signal started to squeal. Too soon to need engine oil, wrong tone anyway. I dropped down into neutral and noticed the heat indicator light was on. There was still some cooling water pumping out the back of the motor. I think I was running too fast for the swells, and the lower unit was coming out of the water, sucking air instead of cooling water. I slowed down to 4 knots and things were fine. Only problem, our progress was painfully slow. It was kind of like being saddled to one of those mechanical bucking horses they have in some western taverns. Only this ride lasted almost 10 hours. We did get some relief passing Cape Caution, with seas moderating to about 3 feet, but it got rough again as we passed the entrance to Rivers Inlet. I really wish I had taken the jib sail cover off, so I could have flown a stabilizing sail. But I hadn’t, so we just had to ride it out. Even though it was a rough passage, I was glad we went the whole way, since a big storm was forecast for next day. We were greatly relieved to pull into Fury Cove, a beautiful anchorage. There were 2 sailboats already at anchor, along with a big power cruiser. I had seen both during the crossing. Also saw the Alaska State Ferry Columbia steaming northward. She kicked up a big wake which really rocked us.